The world of internet marketing is a broad one, with several distinct strategies or themes that might be utilized to increase a site’s visibility, branding and accessibility. Two forms that are often interconnected in several ways here, including sometimes being used in coordination with one another, are SEO and SEM.

At SEO Werkz, we specialize in comprehensive SEO (search engine optimization) services that also touch on several related themes, such as web design, social media marketing and, yes, several that relate to SEM (search engine marketing). How do these two formats compare, how do they differ, and which (or both?) should you be prioritizing for your website? This two-part blog series will go over everything you need to know.

For many years, the definitions of these two terms was slightly different and broader than it is today. Specifically, SEO was used to describe efforts to increase visitors to a website by organically improving the site’s search results on engines like Google and others; SEM, on the other hand, was used to describe many of these same efforts, but with an additional infusion of paid search, or PPC (pay-per-click) – through these combined efforts, internet marketers could achieve even greater visibility.

And while this same theme of combining the two very much still exists today, the way these terms are referred to has changed. Specifically, they’ve become more separate: SEO is still used to define those same organic search practices, while SEM is mostly used to cover all paid search areas exclusively. This is the widely-accepted definition in 2020. 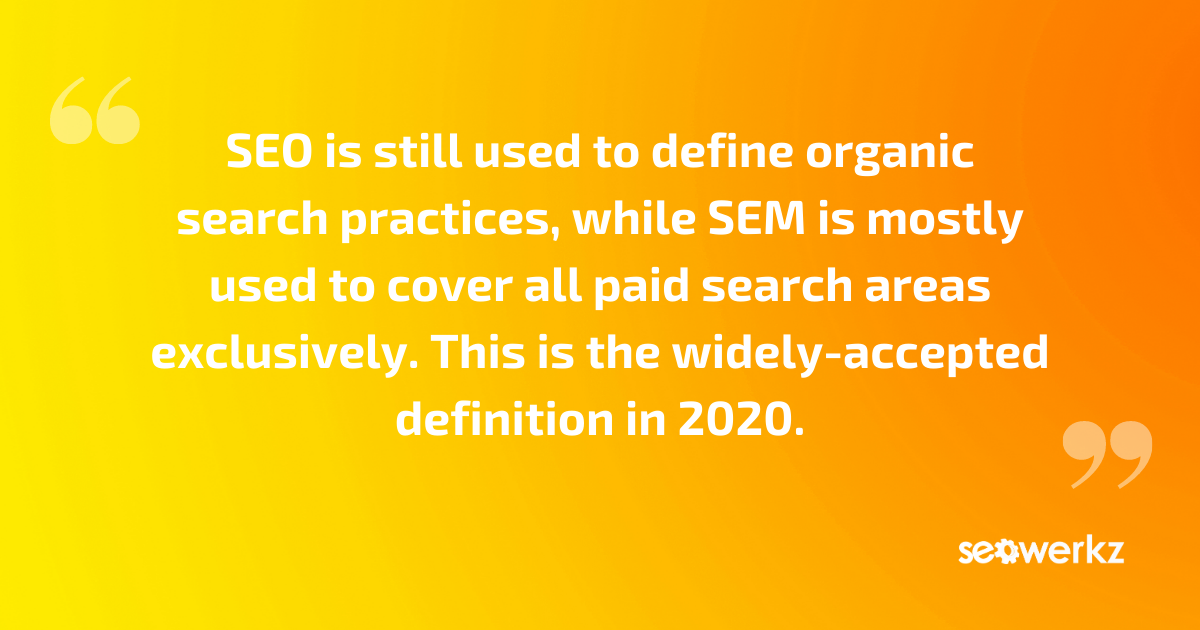 Due to the above, SEM and PPC are often used interchangeably in today’s marketing world. This process involves setting a budget for ads, then setting up and optimizing these ads based on your desires for visibility improvements.

Google Ads is the most commonly-used provider here, and allows for detailed components like keyword research and targeting, custom ad placement and more. Paid ads look the same as organic search results, but with the key “Ad” designation also present.

SEO, on the other hand, contains several different components that make up an overall organic marketing effort. The main difference to SEM and PPC, as we noted above is that you are not directly paying for your placement on search results – but rather, making efforts to achieve them in several ways.

These include keywords that area used in areas like title tags, meta descriptions, alt text and more. They also include quality content, clean formatting and URLs, fast page loading speed, Google authorship and more. In addition, SEO efforts will include off-page elements like backlinks, social sharing and more. Through combined, informed efforts in several of these areas, you can raise your site’s visibility in several organic ways.

For more on the differences between SEO and SEM, and how they’re often used to complement one another, speak to the staff at SEO Werkz today. 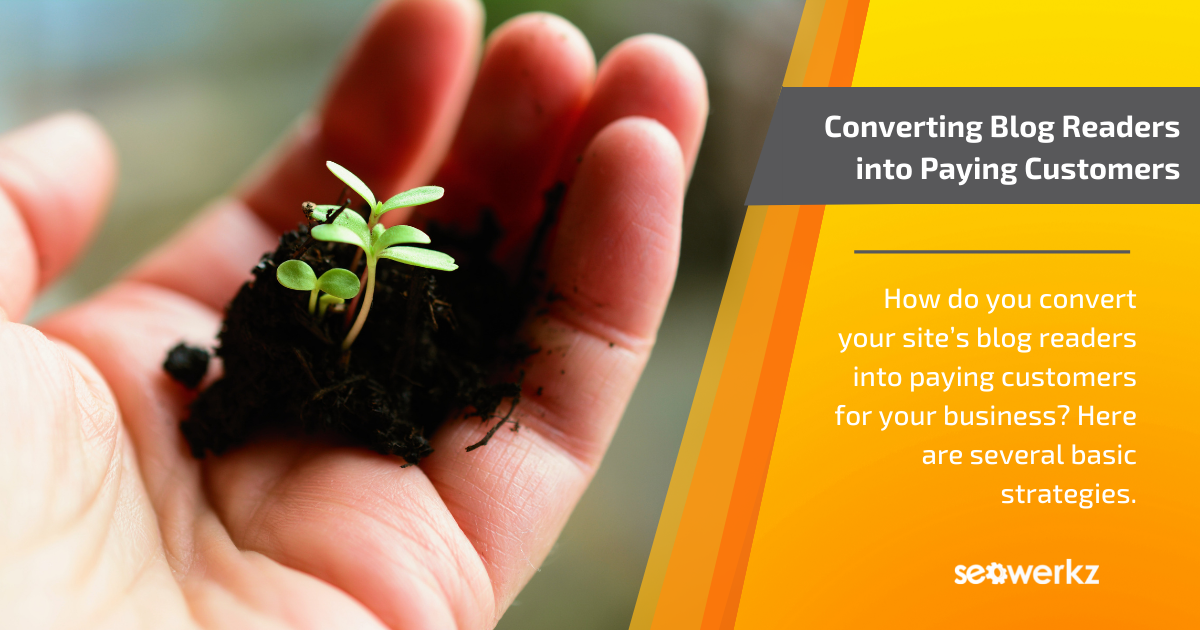 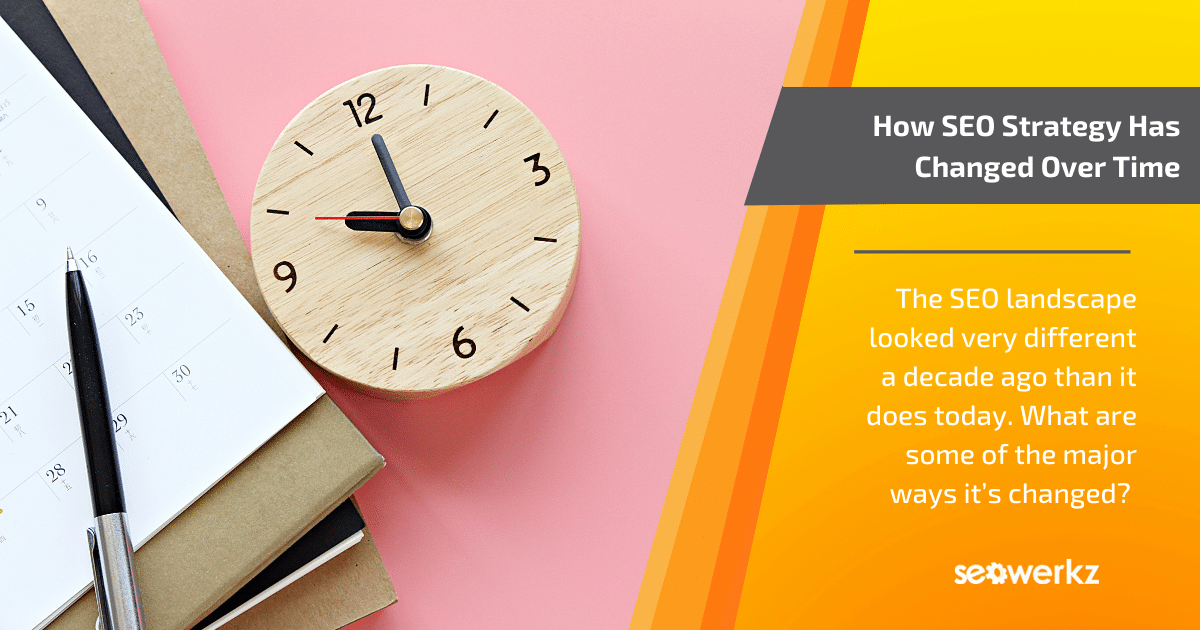 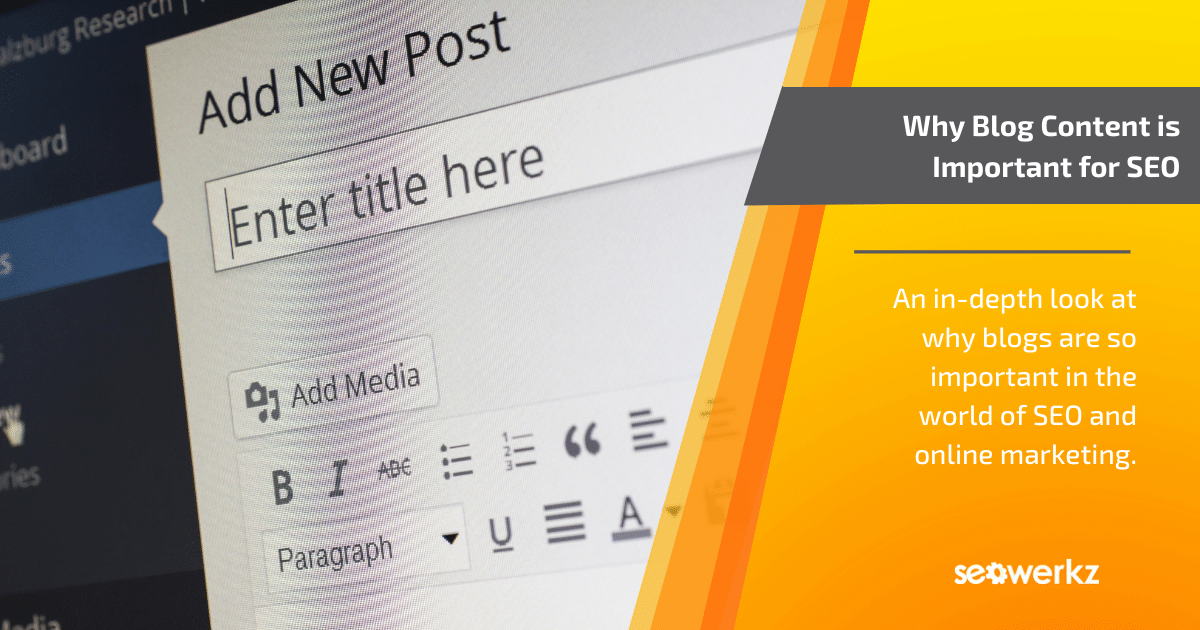 Why Blog Content is Important in the SEO World